How the Growing Business of Triathlons Could Be Even Bigger

Triathlon participation is booming in Texas, California, Florida and several other states – but it could be bigger if tri businesses resisted “Kona or die” syndrome.

Yes, the percentage increase in triathlon participants is huge – because the starting number of triathletes was so low. But the absolute number of serious triathletes is still really small: 176,000 is just not that many people when you spread it out over fifty states. In Texas, the most popular triathlon state, you’re still talking an entire market size of only 17,000 people! And that’s split between Houston, Austin, San Antonio, Dallas and all points in-between.

These numbers shed some light on why so many tri coaching and equipment businesses end up having a hard time making a long-term business out of it. There just aren’t that many hard-core triathletes, and of course they’re not all perpetually in the market for training programs, new equipment and so forth. Plus lots of their major equipment purchases happen once every few years. The folks who own half a dozen high-end bikes are in a tiny minority.

As you saw in that article, one of the big tri centers here in Dallas is expanding – but I have a private bet with myself that another tri business in that same suburb will probably close just a few months after the new one opens.

Why? Because they take themselves TOO seriously. They don’t seem to realize that triathletes usually come in two flavors:

The tri store I’m thinking of never clicks with the folks in Group 2. They don’t understand them, and they don’t respect them.

Just one problem…guess which group is larger and has more money to spend? (I hope you picked Group 2!).

What the smart money will do

That’s why my prediction is that the smart money in this sector will broaden its focus from hard-core, competitive “Kona or die” triathletes. They’ll recognize that one of the best ways to grow their business is to be a little more democratic – to reach out to serious recreational multi-sport athletes, even though those folks may not boast about their cutthroat attitudes or possess eye-popping physical abilities.

Group 2 clients are the “experiment of one” group. They simply compete against themselves — against their own personal best. They have no hope of ever winning or even placing in their age group. They certainly won’t win any overall awards. But they might shave a minute off their time, or thrill because they moved from a sprint distance to an Olympic distance – and maybe someday, to a half-Ironman or Ironman distance. And they’ll spend money while they’re doing it, too. 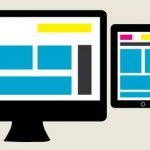 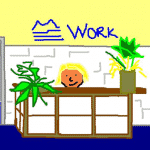 Creating The Right Setting: Why The Inside Space At Your Wellness Biz Matters

Goin' To The Chapel: How To Sell Corporate Wellness Programs To Employers