My Ironman swim buddy’s doc told her to “start exercising” after a Type 2 diabetes diagnosis. Heavy? Yes. Inactive or sedentary? Heck, no! Breaking news: if you’re blinded by stereotypes, your fitness business is missing out on a significant trend.

What are Athenas and Clydesdales? This post at beginnertriathlete.com explains it best. In a nutshell, Athenas are female athletes over 145 pounds, and Clydesdales are male athletes over 200 pounds. The name Clydesdale draws from the definition originally used by the American Clydesdale Horse Society: “Male or female, a Clydesdale should look handsome, weighty and powerful, so that the impression is given of quality and weight, rather than grossness and bulk.”

Why’s this such a big deal? Because it’s the first time USAT has held a standalone National Championship event just for these divisions. That’s right. A Nationals competition just for heavyset athletes. ATHLETES. These are people who in many cases can swim longer than you, run faster than you, and outride you on a steep grade.

And it gets even better.

One triathlon, the Mighty Moraine Man in Portersville, PA, announced in the same year a competitive division for athletes with autoimmune diseases, including Lupus, Crohn’s Disease, Rheumatoid Arthritis, and Type 1 diabetes, just to mention the “biggies.” According to race officials, this is the first time a USAT-sanctioned event has included an autoimmune division.

Again, you might ask, what’s the big deal? Well, it turns out that athletes with autoimmune disorders like type 1 diabetes, Crohn’s and rheumatoid arthritis experience “invisible handicaps”, like debilitating joint stiffness, gastric distress so severe it often requires surgery or extremely expensive drugs, or the need to replace or supplement non-functioning organs with external medical devices that make the swim start and transition periods between sports much more dicey to manage. For example, I wear a non-waterproof insulin pump that has to be re-attached once I enter transition from the swim, often with an elevated blood sugar caused by disconnecting the pump.

If having special divisions for such athletes sounds like a sop to the broken and disadvantaged, make no mistake: many of these folks could place in their age groups among non-physically-disadvantaged athletes. People already accept the Paralympics as a serious athletic competition, and there are no “asterisks” beside the names of the athletes.

It’s time we recognized that true warriors come in all sizes, in all ranges of physical ability and disability, and with a host of potentially invisible challenges. For many of us, the challenge was not in getting to the finish line, but getting to the starting line.

And to have overcome the disadvantages to compete among equals is a badge of honor.

Try This: Do Ask, Do Tell 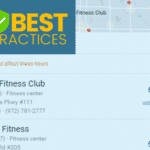 Google My Business: What Your Wellness Business Missed in 2019 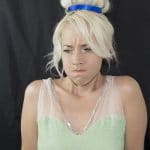 The Truth Fairy: Myths Wellness Leaders Accept Instead of Changing 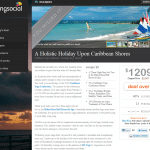 Would I Want To Hear From Me?