Buzzkill: When Your Wellness Business's Reputation Becomes Its Weakness

Your wellness business has built its reputation around “getting” people, great hours, awesome results, or fantastic customer service. And yet sales and membership numbers have dropped off.

Why? It could be any of these reasons….

1. You’ve taken your eye off quality

Sure, when you opened, you were the only gym within 10 miles that had extended hours… and that stopped when you discovered only a few folks came in for a night workout. You had new equipment, and now it’s not only not new, but it looks old and is in bad repair. Your fantastic customer service is on auto-pilot and your desk staff can’t be plied away from their cellphones to wish members a nice day as they leave. Or you don’t pick up dirty towels.

Quality is an everyday thing, and the moment some other outfit cares about it more than you do, customers will know.

2. You haven’t responded to feedback

You haven’t — that’s fine, since you’re waiting on a structural engineer’s report — but you haven’t told anyone either. As far as members know, you don’t give a darn.

If you don’t at least answer the question, that warm, sunny yoga room starts to feel like a once-great-idea that doesn’t strike your fancy any more.

We had one customer whose renovations took the better part of two years. And every step of the way, they kept members in touch with what was happening. The result? Not disappointment, but anticipation.

There is no reason not to talk about what’s going on at the club — even if it’s not great news (the road construction a block away isn’t going to stop any time soon), and if you don’t know what to say, say “I don’t know what to say”… but at least customers will know you’re paying attention. They might even help you solve the problem, which can help cement loyalty and uphold your reputation as a good listener.

3. You haven’t dealt with staff issues

At first customers were enthused by the take-no-prisoners, blunt-talk manner of Cherise the nutritionist. She made everything so clear, so black-and-white. She was high energy and it was obvious after each of her classes that members had specific homework, stuff to do, and could expect results if they applied themselves. Members seemed to be referring friends in droves. Leads were up, and they were good ones.

Your members have been telling you for months now that what was at first refreshing about Cherise now comes across as bossy, abrasive, and like she has an axe to grind about people’s carbohydrate consumption no matter what they actually eat. Most of your customers already know they need to change their lives — heck, they wouldn’t be at your business if they didn’t! — but they’ve just about had it with Cherise.

You knew Cherise’s interpersonal skills were a problem, and you’ve been putting off talking to her about that. After all, she was part of what gave your business that no-nonsense vibe.

Meanwhile, people made up their minds to hook up with a club that has a less judgmental staff.

The worst part of this is, you saw it coming and didn’t do anything, because at first it was bringing you business.

4. You haven’t responded to competition

When you were the first full-service fitness club in your town, you could name your price.

Now there are four clubs within your zipcode alone who offer massage, hot towels, a healthy food menu, and poolside service. But now they have wine tasting Tuesdays. Suddenly your membership fee seems way out of line.

Do you lower your prices? Add services? (see our article on Value Based Pricing)

Don’t let someone else set the standard for what your business should offer. Instead, double down on explaining exactly what your fitness or wellness business offers to potential customers in terms of their needs. And if your business isn’t a match for some, take the high road and refer those prospects to a club that is.

5. Your environment has changed… but you haven’t

Your reputation as a high-end workout facility with one-on-one coaching may have set the standard… before the demographics changed. Now potential customers are more price sensitive, work the night shift, or need child care. The club that people think you are — the image you’ve worked so hard to build — is now what’s holding you back.

You can’t sit in neutral. You have to actively rebuild your reputation or deal with the consequences of being in the wrong market.

6. You haven’t capitalized on your reputation

So you’re the local karate studio that offers oodles of summer programs to keep kids active… and it ends right there.

Where’s your introductory kids’ class at the town’s rec center? Where’s your partnership with kids’ summer camps? Have you put community board flyers up in libraries with your zipcode? Started an email campaign to folks who’ve previously entered their email address on your website?

The last time you posted something on Facebook, was it just a schedule update? Or was it one of your coaches talking about exciting changes new for THIS summer?

7. Nothing is new under the sun

OK, so you have a saltwater pool. You had that last week. And the entire summer before that. As far as anyone knows, it’s still there.

You’ve done everything you can to re-market this unique feature, but the truth is, it’s still the same old pool, the same old lifeguards, and the same old classes.

Even if you have no plans to change the products and services you offer, it’s a good idea to find something local, seasonal, or otherwise one-off, and tie your wellness business to that event (see our article on local and event marketing). It refreshes your message and helps make it appear that you have new things happening all the time. The benefits can last for weeks or even months.

But of course, sooner or later you DO have to offer new products or services, or no matter how wonderful or unique you are, your business is going to feel like that hat people forget they’re wearing. When you introduce these changes, don’t assume people will automatically be interested, either! You still have to market, especially to existing customers, whose needs, emails, and phone numbers you already know, where retention costs are lower, and where re-acquiring them after they leave can be almost impossible.

“Everybody knows that ABC Fitness of Flowerville is the go-to place for Brazilian jiu-jitsu. We have classes Monday-Friday until 9 PM.”

Does everyone know that? Maybe they did at one point, but since you haven’t talked about it in a while, don’t count on it.

Talk to people — in your emails, on social groups (especially ones other than your own), in person, you name it — and take the pulse of what your first bunch of excited customers still want.

Find some reason in that conversation to highlight the qualities of your club that meet those needs and earned it its reputation.

And make sure you can still earn it. 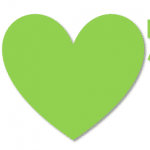 Turbocharge Your Fitness, Nutrition and Wellness Reviews and Testimonials

If You Can’t Say Something Nice… 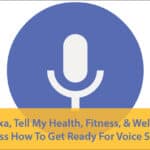 “Alexa, Tell My Health, Fitness, & Wellness Business How To Get Ready for Voice Search”