I’m always excited when I get to my gym and realize this show is on. I’ve watched it enough to recognize patterns.

For example, I’ve noticed that if you take a long time on each step of an upper body + grip obstacle, like the salmon ladder, you probably won’t finish.

Lesson learned: Sometimes, you just need to get on with it!

We worked with a wellness provider who had unique expertise on an emerging health issue. They very badly wanted to serve that market, but they just couldn’t believe they could succeed.  We worked with them to test their assumptions against real data, model worst/likely/best-case scenarios, make sure the market was big enough, sort through branding, features and benefits, key marketing messages and so on.

But every time we reached the point of implementation, they’d jump back to Step 1 and worry all over again about whether it would be successful.

Paralysis by analysis kills business ideas, and it killed this one. They never could convince themselves it would work – and I’ve seen other providers fill that gap since then. It makes me sad for them, because they woulda, coulda, shoulda been first and best.

If you get a chance to spectate at one of the qualifying rounds that local contestants must pass to advance to the next level, you’ll notice that lots of the competitors show off before the event actually starts, say, by hanging by their fingertips from a handy ledge.

Think they’re at their best when they get to the salmon ladder? Um, no.

Lesson learned: Save your powder until you really need it.

We had a client a few years back who was looking for a way out of a really unfortunate and irreversible business decision. She was the COO of a newly-built and beautiful wellness center, with gorgeous and very expensive décor stuffed with custom and unique touches. Even the employee break area was an interior decorator’s dream.

Unfortunately, they couldn’t charge top-shelf prices for their mind/body services, and after the buildout, could no longer afford much marketing. Things did not end well.

It would have been so much smarter to live within a sensible construction budget, and keep plenty of cash available to invest where and when it really, really mattered.

But you know what? He finished. And he wasn’t anywhere close to last. Which means that aluminum bike, and pack, and running shoes passed a lot of folks with much better gear.

Lesson learned: Knowing what to do with the tools you have is more important than having the best tools available.

You actually don’t need the latest laptop or cellphone, the coolest office chairs, the newest selectorized equipment or the Class-A building or trendy commercial loft to grow a successful business. I have seen plenty of businesses like that fail. You can buy their used equipment online, in fact.

What’s important is that you utilize the resources you do have to the absolute fullest extent possible, whether that’s customer-facing equipment, your staff, or your back-office capabilities.

I’ve been watching the progress of the runners at a particular road race this year with great interest. The record is held by a guy who averaged 15 minutes/mile. Everyone else averaged 16 minutes/mile and up.

You’re probably thinking, “Wow, that’s pretty damn slow. I bet I could do better than that.”

But could you do it self-supported, continuously, for 314 miles? In the summer, in Tennessee, where the heat index often exceeds 100?

Because that’s what ultramarathoners at the “Last Annual Vol State Road Race” and similar ultra endurance events do.

I watched Koko FitClub with interest a few years ago. They did a big publicity push when they opened a bunch of stores in my area.

Then…crickets. Practically no marketing. And then all but one of their local stores closed.

A slower, more methodical approach to expansion and marketing would have allowed them to maintain a consistent advertising presence, and it would have bought time for word-of-mouth to build through channels like Yelp and Facebook.

5. The Olympic sport of bowling

Actually, bowling isn’t an Olympic sport, despite years of effort by advocates. However, in the process it has participated as a demonstration sport in the 1988 Summer Olympics and managed to raise enough money and interest to fund a junior team and Team USA bowling team which train at the USOC training center in Colorado and at bowling’s International Training & Research Center in Arlington, TX.

They’re playing the long game. They may yet achieve their goal.

I wish I had a nickel for every wellness business that started a new program and drifted away from the implementation plan within two or three months! I’d be writing this column from my own private island.

Smart wellness businesses give programs and services time to mature. They avoid “bright shiny object” syndrome. They develop a long-term plan, pilot their ideas, tweak and tune after product launch, and spend the time and money to actually execute the plan they originally developed.

Often, they end up with a winner.

Now, not every idea that sounds good is good. I get that. But jumping from one program to another, never finishing anything – that’s sure-fire failure. 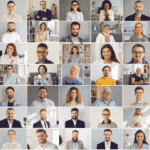 When The Good Get Going: Retaining Star Wellness Employees 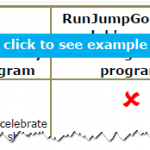 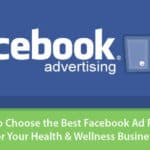