New Rules of Search and Social for Wellness: Just Showing Up Isn't Enough Any More

A Radial client presented at a public event last week. A third of the attendees had already heard of them! Woo hoo! And no, our client didn’t control the marketing OR the invite list. What’s their secret? They really get how search and social work these days, AND they really know their target audience. Here’s how they do it.

These days, you have to earn social and search visibility the hard way: by being a valued member of online communities. The days of stuffing pages full of keywords and getting dubious backlinks are long gone. Social reputation and search relevance scoring algorithms are tweaked constantly so people can’t game the system with magic words or pretend to have influence when they don’t.

Social media influence helps search engines decide which people and sites are most important. If you’re a helpful resource well-placed in your social community, customers won’t have a hard time finding you, online or elsewhere.

Social media scoring systems — both the internal scoring systems at sites like Twitter or LinkedIn, plus the third-party scoring systems like PeerIndex and Kred — generally give the highest rankings to sites and individuals who are prominent within distinct communities, often within a geography, connected to other “influencers,” post often, and create content that is frequently replied to, liked, and reposted. (And don’t forget — social’s more than just Facebook and Twitter. More on that in a minute.)

Want folks to listen to you? Here’s how fitness and wellness businesses can make it happen:

1. Talk less, and be a good listener.

Know your audience really well — what ticks them off? What do they value?

Remember the movie, “That Thing You Do”? A young guitarist races up to an influential record executive and starts telling him how great their band is. The exec’s response, screeched furiously through a mouthful of sandwich, is: “What the *&^@ is this?! I’m eating my lunch!”

Don’t be that overeager know-it-all!

Bursting uninvited into the middle of things with opinions about causes of the obesity epidemic or launching into sales pitches for your fitness program isn’t going to win friends or influence people.

Our client works with the diabetic community. They would never dream of posting about “a cure for diabetes” or offering superficial nutrition advice (“avoid sugar”), because they know that their target audience hates diabetes scams and resents canned advice. When this client responds to a question, it’s clear that their input’s informed by actual experience. This is why people wanted to hear them speak, and attended this event.

2. Look for communities of common interest, not prospects.

Become an active and productive participant in social media groups closely aligned with the mission of your wellness business.

In the example we shared above, our client knows which doctors are most popular in their local diabetic community through word of mouth from their clients. When someone asks for suggested doctors, they’ll chime in, even though it has nothing directly to do with their services.

They share relevant personal experiences, too. They’re active in several groups that attract triathletes. One of their employees recently bought a new wetsuit, and posted about it. Again, it didn’t directly promote their services — instead, it further established them as a trusted member of that community with a fair bit of social traction and a good reputation, which helps social influence scores and search rankings.

Kred CEO Andrew Rich puts it this way: “Be more useful. Be more relevant. Talk to your community.”

Share your experiences more often than your expertise or education. Offer constructive input when the opportunity arises, especially if the topic is obscure and you actually know something specific that could help.

About the worst thing you can do here is retweet press releases from the CDC about how many people in the U.S. are diabetic or how the Center for Science in the Public Interest recommends against some other organization’s guidelines for multivitamins. Let their websites do that.

If you’re focused on a garden-fresh diet program and your patented “play in the dirt” workout system, talk about that, in plain language, as if you were describing it to a good friend who was honest enough with you to tell you when you’re being boring. Tell stories. Share experiences. Leave room for questions. It helps keep your website and your social feeds active and shows that your posts generated responses — something search engines consider during scoring.

4. Make sure your location is obvious.

Okay, this is an old rule, but it’s more important than ever. Full address, with phone number and zip, on every page if you’re a brick-and-mortar wellness business. This helps voice search engines find you as well, which is increasingly important for mobile search. And make it prominent on your Facebook page, too.

5. Don’t stick to your own sandbox.

One of the most effective social media strategies is participating in OTHER people’s Facebook pages, LinkedIn groups, Twitter feeds and so on. Don’t focus on your page — participate in online communities that already exist and are chockful of the kinds of folks you’d like as customers.

Remember, too, that there are lots of special-interest message boards and online communities on the web that have nothing to do with Facebook or Twitter!  This counts as social media, too. Our client’s active on TuDiabetes community. We have a digital fitness client who’s extremely active at VideoFitness.com.

If it’s meaningful content that interests your customer base, share it with appropriate credit, no matter where it came from. It helps build your authority as a trusted source of information, both on the web and in the real world.

6. Skip the superficial junk and trivia.

6ou do not help your search and social visibility in any meaningful way by being the zillionth person to share a photo of someone sweating, with the quote “Never give up.”

The MORE others have shared content, the less influential YOUR sharing it will be. In fact, social scoring systems and search engines have begun to automatically penalize widely-shared “picture posts,” hot “web memes,” and other ephemeral or only transiently interesting content.

Unless you’re willing be blocked, unliked, unfollowed and unsubscribed by people who think you’re completely misguided, your personal political beliefs don’t belong in the social media communities that you’re part of.

Every time you post this kind of content, you are losing prospects you never had a chance to get to know as customers, and it’s a self-inflicted wound.

I saw a recent example of a fairly prominent person who ranted against the Affordable Care Act on his LinkedIn profile in his position summary! I was shocked.  That rant had nothing to do with his wellness business and almost certainly rubbed a lot of folks the wrong way, particularly in his target audience. Dumb.

8. Don’t hard-sell your products and services.

The less your posts are liked (and nobody likes a pitch), the more they’re blocked, and the more you’re uninvited from communities, the more it hurts your web and brick-and-mortar reputation.

One of our clients is a non-profit with thousands of members and subscribers in the social communities they manage. Sounds like a great place to prospect, right? But they routinely ban otherwise legit businesses if they try to sell their stuff before they contribute meaningfully in other ways.

9. Be the person they’re thrilled to hear from.

Make yourself a welcome friend in groups that share your passions. A few years back, one of my co-workers got a call in the middle of the night from Keanu Reeves, trying to find a particular exotic motorcycle on short notice.

Turns out they were both really into that particular bike and had unknowingly met in an online motorcycling forum, and Reeves had gotten his contact info from an earlier thread. My co-worker had the info Reeves needed, and the next day they enjoyed a once-in-a-lifetime ride along the coastal highways of Southern California, complete with pictures. The thing is, he would have taken that ride even if it had not been Keanu Reeves. He was that into the motorcycle.

That’s the kind of instant connection you want customers to have with your business. It takes a little time, but it’s worth it. 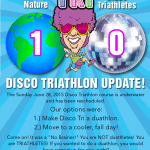 Rained Out! How to Turn Your "Big Fitness Non-Event" Into Promotional Gold 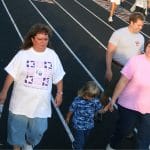 Walk in the Shoes of the Deconditioned 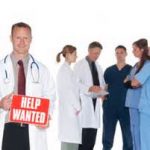