Big chronic disease non-profits — folks like the Alzheimer’s Society, the American Diabetes Association, the American Cancer Society and others — are up against competition they don’t even recognize: empowered patients and supporters.

The evolution of patient engagement and social platforms exposes fundamental flaws in their understanding of their cause, their stakeholders, and how to engage them.

Who’s passionate about a cure? Moms and dads of kids with chronic diseases. They’re often very passionate about fundraising for a cure, or early detection, or ensuring better access to treatment.

Who’s passionate about living with a chronic disease? People who actually have it. Patients nearly always want to talk to other patients. They don’t spend a lot of time wishing for cures and discussing the latest research.

Instead, they focus on how to live with the disease and its treatment, overcome the problems it introduces into their daily existence, and deal with related healthcare costs.

2. Sorry, fundraising is not motivating.

Yet when non-profits recruit volunteers for phone banks and other fundraising outreach, they nearly always emphasize their own internal metrics to the volunteers — “Our target is to raise $100,000 and that means we need to get $5,000 in commitments during this round of phone calls.”

Then they complain about the fact that most phone bank volunteers only come back once or twice.

Well, duh. People volunteer for emotional reasons. Your internal fundraising goals don’t matter to them. They care about making a difference.

The North Texas Food Bank gets this: “$1 = 3 meals for hungry children, seniors and families.” Or UNICEF’s message: “Just 50 cents a day saves lives.”

It’s far more effective to give volunteers a different “ask” than just money. For example, instead of calling and asking for donations, have them call and invite people to participate in an event.

And think broadly about what that event might be. Rides, runs, galas — nothing wrong with those, but you’re limiting your scope if that’s all you’ve got to offer.

3. Respect your volunteers’ time and ideas.

Nothing turns off volunteers faster than a long list of mandatory conference calls that turn out to be totally irrelevant.

Unless it’s arbitrarily making decisions that affect them directly, without getting their input or explaining the rationale.

Well, unless it’s getting their input and then completely ignoring it.

These folks don’t have to be there, and if your non-profit doesn’t authentically respect their contributions, they won’t be.

Let me emphasize the importance of authenticity. They can tell if you’re going through the motions, or have an agenda you’re not sharing.

Lack of transparency, and lack of meaningful inclusion, are fatal flaws.

We’ve seen so many examples of non-profits who just don’t get it. They undermine the integrity of their mission without even realizing it.

Best (worst?) example ever: the huge boxes of Dunkin Donuts at the American Diabetes Association’s training rides held specifically for cyclists who have Type 1 or Type 2 diabetes.

No other food options, just donuts. Tone-deaf. Plus, no carb counts, so folks who have to take insulin with food had to guess at dosage.

Believe it or not, this came on the heels of a meeting which featured a large table of deluxe desserts, and no other food choices. And another meeting featuring cake.

And yet, you don’t usually have to say no to in-kind donors, if you think just slightly outside the box. For example, Dunkin Donut also has healthier breakfast options. Split the box between donuts, egg-white flatbreads, and the breakfast wrap and now you’re giving people choices. Add a fresh fruit option, and some cheese cubes, and the cake and dessert problem is solved.

Same problem often exists with soft drink, fast food and pizza sponsorships. Trust me, your childhood obesity non-profit does NOT want to be the subject of a viral social media post because you gave away coupons for extra-large pizzas with free soda…even though your organization got a buck for each coupon redeemed.

The bottom line: if you accept in-kind donations from these or other sources that may raise an eyebrow among your stakeholders, make sure you use them in a way that actually supports your mission rather than undermining it.

Think about it. Your non-profit picked its cause because it didn’t have an easy cure, because people with the condition have to deal with it day-in, day-out, for years and often a lifetime.

The people who care the most about your cause are thinking about it every single day. They’re not going anywhere, and if you treat them right, they’ll be your most loyal supporters.

They want ongoing community and connection with people like them, and with highly relevant experts they don’t typically have easy access to. That means, for example, a patient coach from an equipment manufacturer with specific tips for handling common issues. It doesn’t mean a researcher talking about developments that “could help within the next 5 years.” Or generic advice from a doctor, or personal trainer, or nurse.

The truth is that huge annual events often suck up so much time, money and energy that little remains for any other form of engagement.

Yet our experience is that the strongest, most sustainable engagement happens when you help create connections among the community of people who live with the disease, whether as patients or as family, friends, and caregivers.

Like perennial plants, community is self-sustaining. It never dies, and it feeds ongoing support for your non-profit. Events are more like annual plants. If you don’t hold the event next year, you won’t see a dollar from most of those “supporters.”

6. Always plan your next step in advance.

Just-in-time recruitment is essential. The best time to reinforce ongoing participation in your organization is right after a great experience — whether that’s a gala, a training run, a monthly meeting, or a high-value teleconference with that patient coach I mentioned above.

Those cyclists who just had a great time should be hearing from you about what’s next in a matter of days — not weeks, months or worst of all, same time next year.

Always, always plan your next step in advance. You should have your next outreach already teed up and ready to go.

What’s the special offer for early sign-ups for next time?

What’s next month’s topic going to be?

When’s the debrief after this year’s gala?

Where’s the next training run?

It’s an easy trap to fall into. A large local business makes a large donation to your non-profit. Then they offer you the use of their headquarters building for your annual meeting. Or they insist that you locate your signature annual event on their side of town.

Just one problem: you’re in a metro area, and they’re 50 miles away — a two-hour round trip! — for most of your supporters.

Sure, it’s great to get the big check — but you’re sacrificing the long-term future of your organization if that big donation leads you to make decisions that aren’t in your best interest, or the best interest of your supporters.

Remember, things can change fast with corporate donors. This year’s name sponsor gets acquired and drops out next year. The president who had a kid with diabetes takes another job, and the company no longer prioritizes diabetes awareness. Or employees grumble that they’re tired of the same-old, same-old push for cancer prevention, and the company decides to simply switch to a charitable contribution matching program instead of sponsoring a specific non-profit.

It’s yet another reason to build grassroots support and large donor support.

8. Show some love to your DIY supporters.

These days, that’s just not realistic. People are accustomed to using technology to do things for themselves.

Plus, they want and need choices. Not everyone can or wants to raise thousands of dollars for your organization. Just like any other business, you need multiple offers at different price points.

If a supporter says, “Hey, I want to raise money for you by doing yard work in my community, can you give me a fundraising link?” your answer shouldn’t be “No, we’re not set up for that” or “No, we only support volunteers who are raising $5000 or more.”

Find a way to give them the support they need. 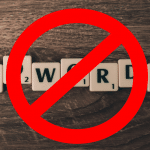 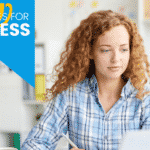 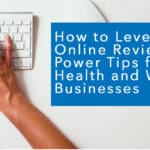 How to Leverage Online Reviews: Power Tips for Health and Wellness Businesses