Catching the Mail Truck: What to Do When Your Big Break Comes

We’ve all seen it: the breakout exercise gadget, the fitness craze out of nowhere, the low-carb, fat-burning workout everyone seems to have ignored. And overnight, they’re on talk TV, in stores, and everyone has one.

Except it doesn’t work that way. When big sales and marketing breaks come, it’s because those it came to were prepared.

In 2013, the SuperBowl was plagued by an embarrassingly long blackout. No video feed from the football game was available for 34 minutes to catch those eyeballs that were glued to the screen, rooting for their favorite teams. Instead, addled viewers retreated to the kitchen to check on nachos, took restroom breaks, and generally ignored the TV until the game came back on.

In other words, a national sponsor’s worst nightmare.

Not so for Oreo. The cookie maker’s parent company, Nabisco, jumped on the marketing opportunity with its “You can still dunk in the dark” Twitter campaign, cashing in on a “cultural moment” and creating what’s known as “lights out marketing”, a form of marketing that relies on agile business practices, social resonance, and a let’s-not-overthink-this marketing mentality.

What You Need to Know Right Now

The moment your big break comes, you must be absolutely certain:

Preparing for Your Big Break

We’ve talked before about how long-term “expeditionary” thinking, combined with being ready for opportunity, can lead to better outcomes for fitness and wellness businesses. But preparing for a big break is different. It’s like planning for it to rain diamonds from the sky. The chances are almost zero. You can’t waste 6 weeks of strategic thinking and half a year’s marketing budget planning to be talked about on The View. In fact, committing serious resources to pie-in-the-sky marketing ideas is the WORST mistake you could make, because the costs are high and the payoff, while substantial, is very unlikely.

That means you’ll have to come up with your big plan on the back of a Starbucks napkin, over an afternoon coffee. Or on the spur of the moment.

Earlier I said that not many people are good at improvising, so here’s a quick lesson in how to think on your feet, based on a recent and very real success in personal brand marketing.

Let’s say that your local CBS affiliate is doing a health piece on diabetes, and you’re a diabetic strongman. You’ve gotten a surprise call from a reporter who heard from a friend that you like to flip tractor tires and lift 300-pound rocks, and you need something amazing to demonstrate for her, plus call attention to your cause.

She’s not inviting you to do a free advertisement. But it is an opportunity. How do you advertise without advertising!?

You don’t have to deadlift a Subaru on live TV to draw attention to your wellness business. Just having a solid idea of who you are, what you or your business cares passionately about, and what you’d say if you had a chance to speak up are key elements in the success of ANY big break marketing you do. Being able to tell if it’s a real opportunity you can sink your teeth into, and having the skills and wherewithal to improvise a plan in short order are also necessary.

Getting ready for your big break doesn’t mean wasting resources on pipe dreams, nor does it mean sitting back and waiting for a call from Oprah. Instead, what you want is to quickly come up with a reasonable sense of what your team can (and will) do fast if fortune smiles on you, and when that moment comes, do it without looking back and asking questions.

The good news is that (for once!) this is very short term business planning. In 3 months, your NPR interview will be something you did, not something you’re still doing. Your Subaru deadlift will be part of your brand. And any planning you need to do will be centered around making the most of your effort to raise your business’s profile, improve your professional credentials, or champion your favorite cause. 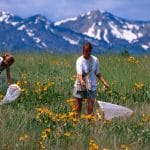 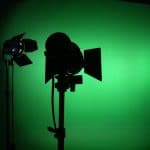 Tips For Professional Photographs of Staff

Altruism Marketing: When Giving Away Your Wellness Services Makes Sense