Changing The Rules Of The Game

When your customers choose your health club or wellness center, they have a certain set of expectations about the products and services you’re going to offer. An implicit agreement exists between your business and your customers, clients or members.

I’m not talking legal agreements here. I’m talking about the expectations that customers have about how your business will — and won’t — treat them. Change the rules unilaterally, and you can expect bad word of mouth and customer losses.

Those of you who read my blog know that I use my own health club as a frequent example of what not do to. I don’t hate my gym — quite the opposite – but I’m also quick to say that I’m satisfied with it, not loyal to it. So a few unwelcome changes can move me off the “satisfied” list pretty fast. At that point, I’m shopping around.

My gym recently stopped allowing members to use one of its two large studios for stretching and other solitary activities – not a word of explanation, just a sign that says it will be locked unless classes are scheduled. So now the one remaining “public” studio is more crowded and noisy – and also doesn’t have the variety of equipment that was available in the locked one. Not what I initially signed up for.

They’ve also dropped free Wi-Fi access — again, without a word. I found out only because I got a “purchase Wi-Fi access” message when I tried to log in. Yet when I signed up free Wi-Fi was prominently featured and part of the reason I chose this gym.

The third thing that’s pushing me off the “satisfied” list is the way they handle television in the cardio area. Three of the twelve or so TVs carry the same in-house channel. OK, I knew that when I signed up. But it’s not unusual for one or more of the commercial channels to be non-functional for several days. I definitely didn’t expect that as part of our unwritten agreement. And what I’d REALLY rather have anyway is a CardioTheater-like setup for each cardio machine.

Now, does this mean nothing can ever change? Of course not. But don’t kid yourself that customers won’t notice it when you take things away from them. You’d be well-advised to tell them up front and tell them why. At least then you get credit for honest communication.

One parting shot — I currently have a trial pass for another club that has CardioTheater, better cardio variety, and plenty of stretching areas. It’s also cheaper and the front desk staff actually recognizes me after only two trial visits.

Any guesses on what’s probably going to happen next? 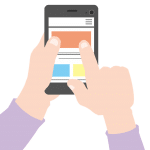 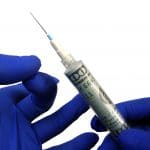 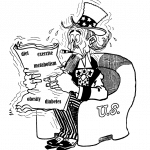 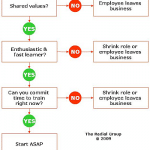 Should You Fire A Problem Employee? The Health Club and Corporate Wellness Guide 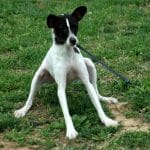