These aren’t the evil bosses that steal credit and bad-mouth their employees. These folks mean well, yet demoralize workers and harm your wellness business.

Is it possible you’re inadvertently committing some of these mistakes?

These managers never met a point of view they disagreed with. One fitness instructor complaining about another? They sympathize, subtly validating the griping. The new membership manager wants to completely reorganize her group, without discussing it with any other department managers? Sure!

Good managers know that part of their role is to resolve competing views of how the business should run and what its goals should be. It’s harmful to allow conflicting views and opinions to persist.

Another part of the role is to tactfully squash genuinely bad ideas, ideally by helping the person who came up with the idea to think through the implications and unintended consequences.

When a decision in one area affects other groups, good managers reinforce the importance of working with colleagues to avoid unintended consequences. And rather than encourage back-biting by sympathizing when employees gripe about each other, they turn the focus to action: “Marcus, what’s the best way for you to address your concern with Lisa?”

These managers have taken delegation to an extreme. They’re completely disengaged form the day-to-day business. Rank-and-file employees see them only when they make the occasional ceremonial and staged appearance to “rally the troops.” They’re totally unaware of what’s really happening — and just about everyone knows it but them.

We spoke with the director of a corporate wellness program that provides services to several large customers. He was shocked to find that one of his most trusted employees had been hitting on female employees. Virtually everyone on the front lines knew about it — but they knew his reputation for relying only what his direct reports told him and figured he wouldn’t do anything if they complained.

Good bosses trust, but verify. They get information from all levels of the business. They look for clues to problems by watching key indicators like employee turnover. They check in with Human Resources to find out if anything’s bubbling behind-the scenes that they should know about. They manage by walking around so that employees feel safe approaching them when the situation calls for it.

These bosses minimize legitimate and serious concerns raised by their teams. They treat staffers like Chicken Little, shouting that the sky is falling. They don’t take the time to fully understand an issue.

They rush to judgment — only to discover later that their initial decision was flawed. Employees often see these bosses as flip-floppers, because they’re perpetually making snap decisions that have to be revisited when their flaws become obvious.

Effective managers encourage their teams to flag potential problems — and they also encourage them to come up with potential solutions and think through the pros and cons of each approach. They understand the difference between ambitious goals and wishful thinking.

A great employee wants to know why he didn’t get a promotion. You know he’s going to ask you about it at your next one-on-one meeting — so you cancel the appointment this week. And somehow the same thing happens next week. And the week after.

Good managers have the intestinal fortitude for the difficult conversations. They don’t enjoy it, but they know it’s the right thing to do.

We heard from two employees at a medical fitness center whose manager had not spent any one-on-one time with them in over nine months. It became clear that he was dodging them because he knew they weren’t happy about their pay and benefits and he dreaded the conversation.

5. Believes they know more than their people

Bosses who have been promoted from within often believe they know more about the nitty-gritty day-to-day details than their teams do.

This approach has two flaws. First, while it may actually be true if you’re newly promoted, continuing to act like the “best customer service rep” (or whatever your previous position was) demoralizes your team and undermines your new position as manager of the group. You probably aren’t delegating nearly as much as you should, either. And you’re probably encouraging your team to passively depend on you to solve problems.

Second, if it’s been awhile since you were promoted, you probably DON’T know all the details anymore. On-the-job experience has a freshness date. Once a few months pass, you’re no longer the hands-on expert.

Good managers respect the superior knowledge that their employees have when it comes to the actual tasks they perform every day. 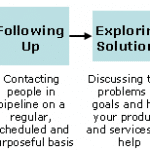 Troubleshooting The Sales & Marketing Cycle In Your Wellness Business 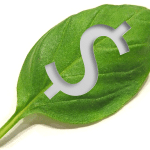 Wellness Program Launches: Macaroni Grill Shows You What Not To Do 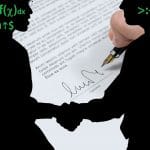 Is Your Sales and Marketing Missing… the Marketing?