In part 2 of our series on PPC advertising traps for health clubs, we focus on the unique traps that our industry faces when advertising on Facebook.

If your health club’s advertising crosses paths with Facebook, you may have already encountered one or more of these “gotchas” to Facebook, and social media advertising in general.

Despite the lack or laxity of rules pertaining to personal content, Facebook advertisers must actually conform to no fewer than 29 policies on prohibited content and nearly a dozen types of restricted content. Here are just a few.

Most of the outright prohibitions, as with AdWords, should be quite obvious:

Some are less obvious.

Some of Facebook’s advertising policies, especially ones related to health and wellness content, are not very obvious at all, or way more nuanced than one might expect.

All of which make it very difficult to sell things like weight loss in the traditional, print-marketing kind of way.

And… last but not least — and perhaps the most frustrating of all — using the words “you”, “your”, and related terms in fitness ads. Facebook is especially picky about insisting that advertisers focus not on personal problems and negative outcomes, but on health and wellness vendors’ services and positive outcomes.

Facebook ads that focus on the person, rather than the service offered, are usually disapproved. So are ads that focus on personal problems or worries, or on painting verbal or pictoral images of cartoonishly overweight, depressed, pain-plagued diabetics.

So when your health, wellness, or fitness business thinks about running an ad on Facebook, ask yourself these questions:

You’ll find that over time, your Facebook ads will be more positive, more compelling, easier to read, and more quickly approved by Facebook and liked and shared by your prospects.

Which is good for everyone involved.

Meeting Management Tips By A Former CFO: What I Learned The Hard Way About Team Meetings 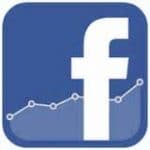 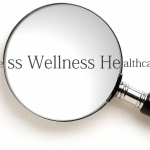 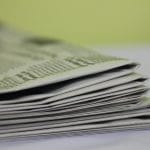 How To Use News Headlines To Market Fitness, Nutrition and Wellness

Sales Management and Compensation Strategies for Health and Wellness