What Your Wellness Business Can Learn From The Dallas Mavericks

We had Dallas Mavericks season tickets for nearly 20 years. Most of that time they were pitiful wannabes…so bad they were known as the “Mav-wrecks.”

But after watching them win the 2010-2011 NBA Championship, I realized that they have a lot in common with the wellness businesses that we work with and talk with every day.

1. Lucky or good – either one works

Did the Mavericks win because they were the best team? Or because Chicago and Oklahoma City weren’t quite ready, and LeBron James couldn’t handle the pressure?

Lesson: Put your wellness business in position to benefit from “right time, right place” opportunities. Be open to new ideas, unexpected directions. If a competitor suddenly stumbles, be ready to seize the moment. If a potential business partner reaches out, say “Maybe, tell me more” instead of “No, that’s not what we’re about.”

LeBron James has buckets of athletic talent. But that year, he melted down at crunch time.

Potential turns into results when you stay the course.

So many wellness businesses have a great idea with real potential. They work on it for a few months. Then they have another great idea. They drop the first one like a hot potato – “Oh, it just didn’t click.” After only a month or two?!

So they latch onto another idea, and another. Eventually they throw up their hands and say “Nothing works, customers just aren’t ready for this.” Hel-l-l-o-o-o-o??? The call is coming from inside the house!

Lesson: Keep your head in the clouds but your feet on the ground. Put another way – don’t let dreams of a wonderful future distract you from getting the grind-it-out work done today. Businesses are marathons – heck, ultra-marathons! – not sprints. Dreaming about what it’ll be like to win is no substitute for putting in the long runs.

3. Your time will come

Dallas joined the NBA in the 1980s. The team was terrible. They could barely drum up a few thousand fans for home games. Even the folks who bought the cheap seats could sit just a few rows up from courtside.

But they stuck to it. They traded players that didn’t fit for those who did. They swapped out management – coaches – until they got the right guy for the team they’d built.

By 2011, they were routinely selling out a new state-of-the-art arena and in the NBA Finals for the second time in five years.

4. Even great businesses have hard times

The storied and second-seeded Los Angeles Lakers featuring the legendary Kobe Bryant didn’t win a single game in the second round of the playoffs. Put a fork in ’em, they were done. Aging players, time for a new coach and a new approach.

Lesson: Past performance is no predictor of future performance. It’s true for investments and it’s true for businesses. If your successful business is starting to struggle, it’s probably because the needs of the business or the external environment have changed. What got you to the top won’t keep you at the top. Sometimes you need to reboot.

Lesson: Your doors need to open on time, every day. Every contact – phone, email, Facebook – needs a response. Every client experience has to be excellent. Marketing has to happen consistently throughout the year, and the messaging needs to be consistent with the customer experience. You need to consistently get customer feedback. Your team needs to consistently review business results and consistently develop and execute plans to improve them. And so on. It’s all about doing the important stuff 24/7/365. You can’t skip, or skimp, on any of it.

Dirk Nowitzki was the key to the championship. Funny thing is that early in his career, he picked up the nickname “Irk” – because he couldn’t play any “D” (defense).

But every summer he worked on his game, turning into a decent defender with a post game, passing skills and more.

Lesson: Standing still means falling behind. You’ve got to strengthen your wellness business every year. If you’re offering the same lineup of services with the same staff and the same marketing that customers saw last year, you’ve lost ground. If you didn’t improve your marketing materials, dramatically streamline your operations, add significant new content to your website, hire stronger people with new talents, you lost ground.

7. Play to your strengths, plan around your weaknesses

The Mavericks’ point guard that season was Jason Kidd, who was already a geezer in basketball years. But he was a smart guy with tons of experience and he knew what to do when. It more than made up for the fact that he had slowed down physically.

Lesson: Know what you’re good at and make that your personal priority – whether it’s program development or hiring great people or attracting new clients. But first, fill in the gaps. Don’t like financial stuff? Make sure you’ve got a great finance guy. Hate marketing? Get outside help. For your team, get clear on the highest and best use of each person’s talents, and assign work accordingly.

Miami had at least three great shooters. Guess what? They couldn’t figure out how and when to capitalize on that asset. Who’s the best guy to get the ball when? Nobody knew.

Lesson: Fast-growing companies often fall into this trap. So much to be done, so little time to do it, and everyone wears lots of hats. That’s fine – except that accountability suffers. When it’s everybody’s job (“customer service”) it’s nobody’s job.  Be crystal-clear on who has ultimate accountability for what. It doesn’t mean they’ve got to go it alone – but it creates clear ownership for laying out a plan and ultimately achieving the needed result.

9. Fame and a couple bucks will buy you a cup of coffee

LeBron James is a name that people recognize around the globe. But that fame didn’t translate to success on the court.

Lesson: Other wellness businesses may have brands that prompt instant recognition. Or celebrity endorsements or local movers and shakers on their side. None of that actually matters. What matters is how good a job you and your team do living up to what you sold your clients, and what they think of you. Get that right and your wellness business will work.

10. Everyone starts out small

Chicago and Oklahoma City were both knocked out of the playoffs in earlier rounds. But it was clear that they were coming on strong and would only get better.

Lesson: Don’t waste precious mental energy worrying about the “big guys.” Business size is vastly overrated and is often a burden, not an asset. Plus, remember – even Microsoft started out in some guy’s garage. WalMart’s first store opened in Rogers, AR, population 40,000. On the other hand, Trader Joe has built a cult following with just a few hundred stores. 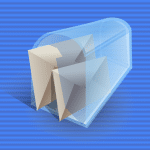 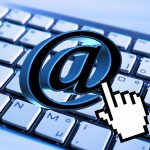 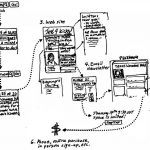