Time for a quick crisis communications refresher for health, fitness and wellness businesses.

The inspiration for this month’s story: Dexcom, who makes 24/7 continuous glucose monitors for people with Type 1 diabetes and completely fumbled communications about a major app issue over the Thanksgiving holiday that prevented life-saving alerts about potentially deadly low blood sugars.

Despite a previously glowing reputation, their clumsy handling of the situation led to negative stories in both the Wall Street Journal and New York Times — hardly the media coverage they wanted. Customer loyalty takes forever to build, and it can vanish in a heartbeat.

While that’s a dramatic example of crisis public relations, or “crisis PR,” the truth is that almost any health or wellness business of any size can suddenly find itself dealing with a crisis. For example:

This 10-point action plan will help you hang on to clients, reward their loyalty with integrity, build trust instead of destroying it, and keep your business moving forward as you recover from the crisis.

1. Take control of the message

As soon as you know you have a problem, acknowledge it publicly, even if you don’t know all the details.

Don’t do what Dexcom did: let hours pass without any disclosure or acknowledgement, as negative comments built and spread on social media. Even worse, their delay in speaking actually created life-or-death situations for many users who had no way of knowing that their low blood sugar alerts were completely non-functional and therefore did not know that they should implement alternative measures.

This rule applies even if you’re hopeful the problem will be quickly resolved. After all, if the problem lingers, you’re going to be in hot water. Disclose early, and you’ll probably get credit for being transparent!

Now, you may be thinking: We can’t say anything, or someone will sue us. Frankly, some people may sue regardless of what you do or don’t say. They may hope for a quick payday, or they may simply be litigious. That doesn’t mean they’ll prevail in a court. Why let their actions guide you?

The truth is that if, through silence, you risk further harm to customers, you’re much likelier to find yourself in legal hot water, and deservedly so.

Focus on what you can influence: the reactions of good-faith customers who want to believe the best of your business and see it succeed.

Avoid the temptation to blame others. First, it just sounds like you’re scapegoating third parties. Second, your initial root cause theories may not prove out.

Dexcom initially suggested that Microsoft and Google had something to do with the problem. Later updates didn’t mention either company, suggesting that they probalby had nothing to do with it.

Fluffy apologies and meaningless explanations (“a server overload occurred due to an unexpected system issue that generated a massive backlog, which our system was unable to sufficiently handle”) don’t count for much.

When it’s obvious that a critical mistake or failure is affecting customers’ lives in immediate and significant ways, start with a meaningful apology.

Provide specific, practical next steps that show you really understand how the issue is affecting people’s lives.

“Until our food diary is online again, please enter your data in this Google Sheets spreadsheet….print this PDF and track it manually…download ABC app and use it instead.”

It’s almost impossible to communicate too much. Depending on the nature of the issue, hourly, twice-daily or daily updates might be perfectly appropriate, particularly when the crisis first emerges.

Tailor it to your customers’ level of concern. If we’re talking life-or-death, or issues that affect children, expect the demand for frequent, clear and specific next steps to be much greater.

Sorry, but Facebook alone is not remotely sufficient as a communication plan. Not every customer uses Facebook. Those who do may not follow your page. Moreover, Facebook shows your business page posts to only a fraction of those who have liked and followed your page. Same goes for Instagram.

A sheet of paper taped to your front door is not a communication plan, either.

Depending on your specific business, you could:

7. Demonstrate that you take the problem seriously

For example, Dexcom should have said that they called back key execs and managers from their Thanksgiving holidays to resolve the issue, assuming that was true.

If you’re dealing with a crisis, your website is the logical repository for “ground truth” — the full and accurate version of events. Again, Facebook is not enough. A website banner with minimal info “We’re aware of problem X and are working hard to fix it” is also not enough.

Tell people as much as you can about what’s going on. Say what you’re sure of. Avoid speculating. Offer practical alternatives if appropriate. Explain your planned next steps. Report on final fixes and future prevention.

No excuses about “it’s hard to update our website.” Put a plan in place now so that won’t be an issue if you find yourself in crisis-management mode.

Anonymous website announcements and social media posts are simply not sufficient when you’re communicating with customers about a major issue.

Who should sign your communications? Someone with real authority. Common examples: your company president, CEO, general manager or owner. Your corporate communications leader. Your customer service or operations executive.

Some crises can be prevented. For example, if you’ve had a rash of locker thefts — yet the locks are all miraculously intact, suggesting insider involvement — get in front of the issue. Communicate about it to members so they can be part of the solution and protect themselves, and improve your locker security.

Based on Google Play store reviews and Facebook posts, the previously-reliable Dexcom app began exhibiting many of the same behaviors that gradually brought the system to its knees weeks ago, in early November.

The sudden outage may have surprised Dexcom, but the handwriting was actually on the wall for weeks. I wonder if Dexcom treats those reviews as the “canary in the mine” — as an early warning system that should be continually monitored for emerging issues?

If they had, they probably could have made the appropriate changes in an orderly fashion, thereby avoiding the need for any crisis PR at all. 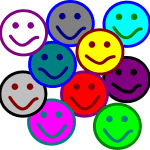 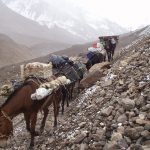 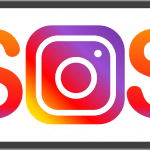 When Respect For Clients Is Lacking: 9 Warning Signs